Escher is 11 almost 12 weeks and his pure and simple joy! I had forgotten what an uplifting experience raising a puppy could be. I waited quite a while for Escher. And now he's here and he has added so much joy and purpose to my life. We will start puppy kindergarten tonight. We had a bit of a delay because he had to get over a little puppy illness. He's 100% now and we are off to Pup 'N' Iron tonight. Since we are getting a bit of a late start with classes, I made sure to get him out and about to experience life.


We've been working on meeting tons of people, going to the school yard, Petco and Petsmart as well
as our local feed store. This weekend we will make another trip to the vet as well as a visit to his eventual groomer. He's watched the fire engines from the school yard and heard the sirens, he's played with children from 2-100 and is meeting the neighborhood dogs. He's nailed sit, is learning his name and mostly has the potty stuff under control. All the other stuff will happen.

Escher is already ahead of the game because his temperament is awesome and he is healthy! He's a
pleaser that is not only food motivated, but toy motivated as well. This excites me and makes my job easier with training, because if I run out of treats he'll work for the toy!

Unit next time!
Linda
Posted by Unknown at 10:43 AM No comments:

Email ThisBlogThis!Share to TwitterShare to FacebookShare to Pinterest
Labels: Life with dogs, Nosing Around, Training

Finally, he has a name! I decided on Escher despite loving the name Lyric. Lyric was a bit to feminine and he's becoming quite a rough and tumble boy as he relaxes. He's also quite the thinker. So I think Escher fits well and I love that I have not heard of any other dogs with that name.

We've jumped right into training and he's really getting the hang of sit and so far potty training has gone extremely well. Four days in and no accidents. He still misses his litter mates quite a bit and will whine, but it has lessened. He's extremely social so being confined to the X-Pen doesn't help, but with daycare children and daily life I need some piece of mind when I am unable to watch him. He also has a crate which he is transitioning to easily enough.

Friday he will make his first trip to our vet. This should be fun as I will be
taking Josie for her annual check-up. Josie is not very happy right now. Or at least she doesn't appear so. Josie is 10 and probably thought her twilight years would be quieter. I think once we are able to get outside on a regular basis and Escher gets more training under his collar things will be fine. For right now I know she is content viewing from behind the X-Pen bars.

Unitl next time!
Linda
Posted by Unknown at 7:07 AM 1 comment:

Welcome to the Family!

For the last 8 weeks I have anticipated the arrival of my new puppy like a six-year-old waiting for Santa and Christmas morning. My daughter’s think I have lost it and I probably have but who wouldn’t with a puppy like this.

My husband drove me 3 ½ hours to pick him up from the breeder. To say I was smitten when I first saw him is an understatement! I fell head over heels in love! I have been waiting for him since my Monster Puppy Wyatt passed over the Rainbow Bridge. As far as I can tell this little big puppy is the exact opposite of Wyatt. No puppy could ever replace him, but this little guy sure fills a void in my heart.

He’s been with me less than 24 hours and I have yet to bestow a name upon him. I’m sure he could care less what he’s named as long as I feed, love and train him. But since I am human and it’s in our nature to name everything I am flip flopping between two names. Naming my daughter’s was easier than this. These are the names I am thinking of bestowing upon him.

Lyric for my love of music and because when I sang in the car on the way home it seemed to soothe him. I also have a love of art, one artist in particular M. C. Escher. I am hoping that I will have a decision soon.

It was about a year ago when I updated the health status of my beautiful shepherd/Lab mix Lucee. She was in amazing health which was a miracle considering she was born with chronic kidney disease. Unfortunately our journey with Lucee came to an end on October 31, 2014.

Life with Lucee was never a piece of cake. She was a handful from the day we brought her home from the Fredericksburg Regional SPCA. Two weeks after adopting her I was crying because I didn't think I could tame the wild beast I nicknamed Lucifur. We adopted Lucee on February 2, 2012 found out she had kidney disease April 2012 and by June of 2012 we were told she wouldn’t live out the year. I was determined to make whatever life she had left as healthy as possible. I created a diet that would take the stress off her partially functioning kidney’s. The end of 2012 came and went and Lucee was still thriving and becoming a wonderful companion.

By the end of 2012 we started to think Lucee would be okay, she was playing ball and eating well and progressing in our training. She turned one that July and we were going to hit the anniversary of her adoption. Who would have ever predicted, not our vet. 2013 brought us a few highs and lows. The high was we celebrated a year with Lucee. The low was cicadas and the havoc they caused on Lucee's digestive system. As if chronic kidney disease wasn't enough she developed pancreatitis. This can be fatal in dogs and almost was for Lucee. It took us from the end of May to late November 2013 to get her healthy. Lots of love and a very bland home cooked diet got Lucee through.

2014 arrived and we celebrated two years with Lucee a year more than our vet predicted. It was after February that we noticed Lucee slowing down, not wanting to play or jump at the fence. We started preparing for the worst, but then it was July and we celebrated her 3rd birthday on July 2. It's hard not to start thinking she'll live a normal life. The summer ended and so did Lucee's good health. The urinary tract infections started again and something new the possibility of lymphoma. All the blood work pointed to her having it. October arrived and it was not if, it became when?

Lucee would have soldiered on for us, but it became clear that she was in an immense amount of 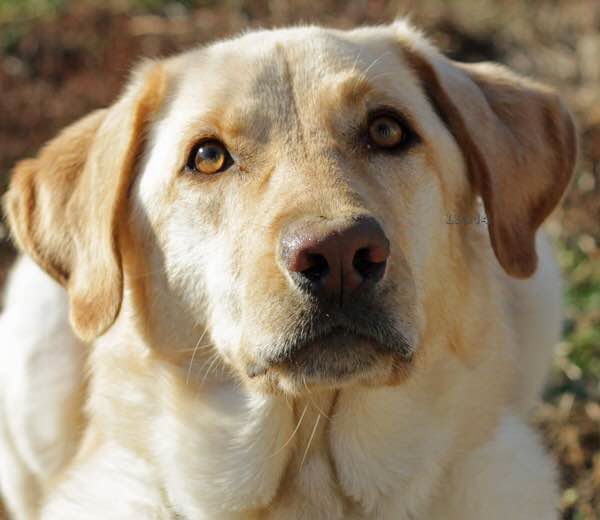 pain, so on October 31, 2014 I sat with Lucee until she ran over the Rainbow Bridge.  I cried in frustration after I brought her home and in the end I cried again only this time I was heart broken for a life that was far too short. Rest in peace, Lucee (aka Lucifur).

Posted by Unknown at 7:17 AM No comments:

You'll Always Sing in My Heart 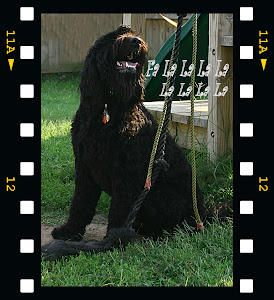